Join Malcolm Smith for a special Wisdom Dharma Chat—Live in New York with host Daniel Aitken on August 3, 2022, at 7:00 p.m. EDT. The conversation will also be streamed live over Zoom just like our traditional Wisdom Dharma Chats and Zoom audience members will still be able to submit their questions via the Q&A feature for Daniel to ask Malcolm during the second half of the event.

Register below to join us on Zoom. 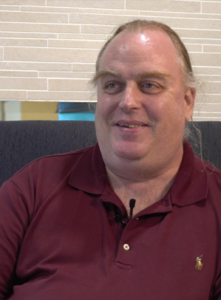