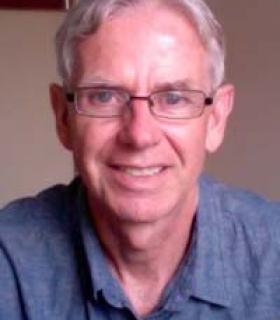 Ian James Coghlan (Jampa Ignyen) trained as a monk at Jé College, Sera Monastic University, completing his studies in 1995, and holds a Ph.D. in Asian Studies from La Trobe University. He has translated and edited a number of works from Tibetan including Principles of Buddhist Tantra (with Kirti Tsenshap Rinpoché and Voula Zarpani); Hundreds of Deities of Tusita, An Offering Cloud of Nectar, and Stairway to the State of Union (with Choden Rinpoché and Voula Zarpani). Currently he is a translator for the Institute of Tibetan Classics and an adjunct research fellow at SOPHIS, Monash University. 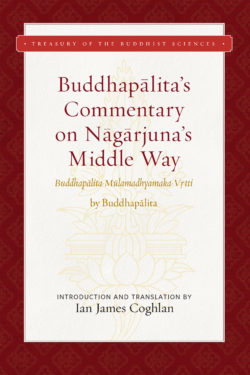 This “Buddhapālita” commentary on Nāgārjuna’s famous first-century text Wisdom: Fundamental Middle Way Verses has been considered for over a thousand years by Indian and Tibetan philosophers to be the special key that best unlocks the deep philosophical freedom from confusion and perplexity that the Middle Way (or Centrist) school seeks to provide for its students.

Chandrakīrti (seventh century) defended Buddhapālita’s elegant approach as most effective in opening the Middle Way for the inquiring mind to find the liberating experience of reality. Atisha (eleventh century) brought Buddhapālita’s and Chandrakīrti’s transformative critical method to spread widely in Tibet, and Tsongkhapa (fifteenth century) provided a clarification of this philosophical work that was so rigorous and crystal clear that it opened the minds of Tibetan philosopher scientists of all schools until today.