Bhante G. answers your questions on rebirth and enlightenment.

An Excerpt from What, Why, How

We do not have a permanent self that links this life with the next. Things are always in flux. “Everything changes” literally means that every thing changes. Rebirth is possible only because there is no permanent self. Since all things are impermanent and changing all the time, we have hope we can liberate ourselves from psychic irritants and achieve freedom from suffering.

If there is something that’s permanent, we’re stuck. There is no way we can get out of this loop—we’ll just keep circling around on the merry-go-round of existence. And it won’t always be so merry.

So, while rebirth is possible, the way it happens is extremely difficult to explain. We sometimes use crude examples to explain it. I like to say it’s like sending a fax. What goes from here to there? The entire message or document that you fax remains in your fax machine—not a single syllable went somewhere else. But that entire letter, every punctuation mark, appears in some other place. A carbon copy, so to say.

When we are reborn, what really goes from here to there is not some permanent, eternal soul. It is the transformation of one situation into another. The new life is not completely different from the previous one, nor is it totally identical. It’s a transformation fueled by information collected from the previous life. So that new life
carries a certain amount of identity forward.

We once ordained a forty-nine-year-old man here at Bhavana Society. When he was only two and a half years old, he was able to recite many, many Pali suttas. We still have these tapes of him. His Pali pronunciation was impeccable. Not even many adults could pronounce Pali in that way. Yet this child could hardly speak otherwise,
let alone know his alphabet.

But he’d sit there cross-legged, reciting Buddhist suttas, and his stepfather would grab the tape recorder. He recited only when he wanted; if someone asked him to recite, he’d run away. I’ve known him for many years. His skill as a child is evidence of his training in using Pali in his previous life, I believe. So this kind of special ability or skill we can inherit or bring to this life from previous lives.

"We do not have a permanent self that links this life with the next. Things are always in flux."

HOW CAN WE HAVE FAITH THAT ENLIGHTENMENT IS POSSIBLE IN THIS VERY LIFE?

When you understand the Dhamma, you will have a very strong faith in the possibility of realizing enlightenment because the path of the Dhamma is clear and straightforward.

Depending on our comprehension and the effort and time we put into the practice, that attainment can take place. If we are not confused, if we diligently and honestly practice the Dhamma without hesitation, fear, and doubt, then we can attain the stages of enlightenment.

"When you understand the Dhamma, you will have a very strong faith . . ."

WHY DID THE BUDDHA CONTINUE TO MEDITATE AFTER ATTAINING FULL ENLIGHTENMENT? ONE CANNOT PERFECT PERFECTION. WAS IT TO MOTIVATE HIS DISCIPLES?

Yes. To motivate his disciples, to encourage his disciples. Plus, whenever the Buddha was tired physically he meditated—he was said to have slept only two hours a day, so twenty-two hours he was awake, attending to various things out of compassion for all of us.

So when he was tired he sought to refresh his mind and body, and at that time he entered what is called the attainment of the Bliss of Emancipation. He stayed always mindful. Sometimes, in between Dhamma talks, he meditated. He spent his time in meditation to keep his mind fresh and his body always relaxed.

After all, after attaining enlightenment he could completely enjoy the attainment of liberation. I use the word “enjoy” in a conventional sense, but it is much more than that. This was not the bliss we talk about in day-to-day conversation. This was a very altruistic bliss.

"When he was tired he sought to refresh his mind and body . . ."

This article was an excerpt from Bhante G.’s new book
What, Why, How. 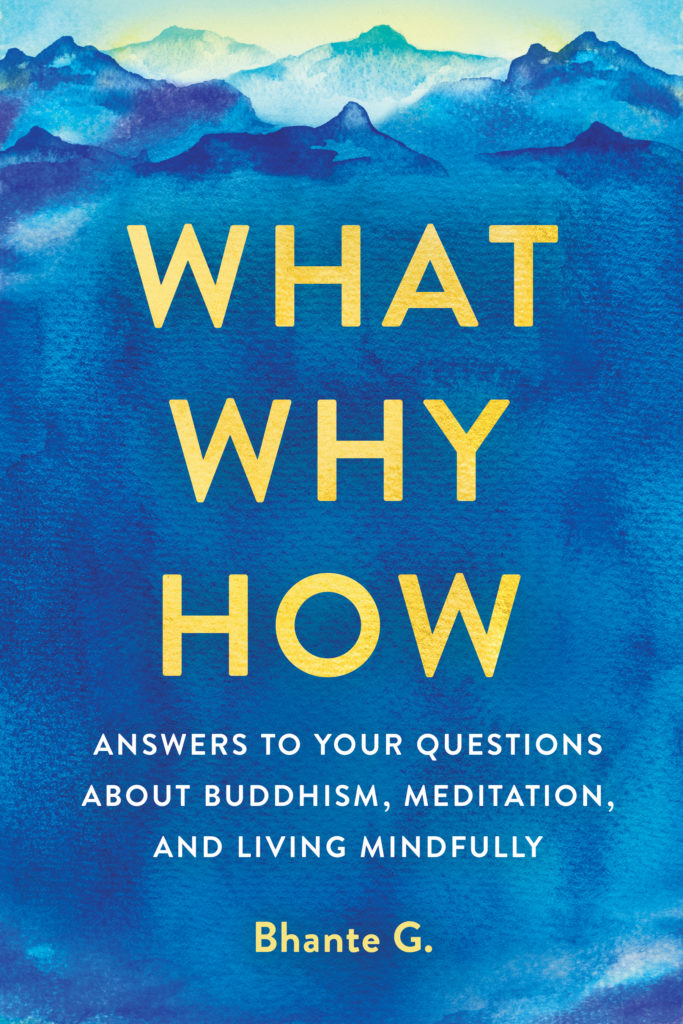 How can I fit meditation into my busy life?

How should I understand karma and rebirth?

Is enlightenment even possible for me?

Sound familiar? If you’ve ever meditated or studied Buddhism, you may have found yourself asking these questions—and many more! Here’s the good news: there are answers, and you’ll find them all in this book. Imagine that you could sit down with one of Buddhism’s most accomplished and plainspoken teachers—and imagine that he patiently agreed to answer any question you had about meditation, living mindfully, and key Buddhist concepts—even the myriad brilliant questions you’ve never thought to ask! What, Why, How condenses into one volume a half-century of Bhante G.’s wise answers to common questions about the Buddha’s core teachings on meditation and spiritual practice. With his kind and clear guidance, you’ll gain simple yet powerful insights and practices to end unhealthy patterns and habits so that you can transform your experience of the world—from your own mind to your relationships, your job, and beyond.

“This book can be of help to anyone’s spiritual journey and meditation practice.”

Start reading What, Why How in the Reading Room now if you’re a Plus or All-Access member of the Wisdom Experience, and discover the answers to everything you ever wanted to know but never had a chance to ask about meditation and Buddhist spiritual practice.

Not a member yet? Learn more about joining the Wisdom Experience.