Cutting Through to Original Purity

AN EXCERPT FROM OPEN MIND

An Ornament of the Enlightened View of Samantabhadra 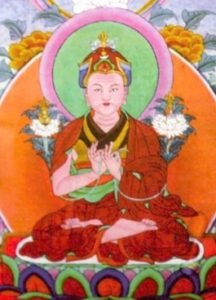 Well, if you wonder how you can sustain the essential nature of pristine awareness by embracing from the very beginning the raw, indwelling, actual primordial consciousness, clear light, in reliance on the guru’s pith instructions, it is like this. Beginners are not able from the outset to take as the path the clear light primordial consciousness, pristine awareness that has never come in contact with any of the karmic energies. However, as stated previously, the cognizance that is the radiance, or rays, of the ground pristine awareness pervades all the good and bad thoughts that arise in the present, and it is present in the nature of this mind. While the distinct thoughts that arise in the present moment are not themselves pristine awareness, their nature, or basic disposition, is pristine awareness. So you must be able to recognize that basic disposition and remain there. Therefore, the consciousness that is present in this very moment is not pristine awareness, but, as stated previously, in this present consciousness there is one aspect of the mind, the conceptual fabrications that have come under the influence of fluctuating karmic energies, and then there is the aspect of cognizance that has achieved autonomy so that it cannot be moved by fluctuating karmic energies. So if you can distinguish between those two, you can cast off the aspect of the mind, hold to that cognizance, and find that you can remain there.

Without being able to differentiate between the aspect of the mind and that of cognizance, if you dwell in all states of consciousness of the immediate present with the assumption that they are all pristine awareness, this is like entrusting yourself to your enemy after mistaking your enemy for your friend. So this leaves you with nothing in this life or the hereafter. Therefore the only door you must open onto this greatly secret path is the guru’s practical guidance, while never separating yourself from an experienced guru as if he were your eyes. Don’t resort to just obstinately practicing stupid meditations.

Well then, what is the method for releasing all aspects of the mind of this current-moment consciousness and seeking cognizance? You can’t reveal unwavering cognizance without disengaging from all subtle and coarse aspects of movement and fluctuation. So, regarding the method for revealing unwavering cognizance, while all coarse fluctuating thoughts of the mind can be stopped by practicing stabilizing meditation, it is very difficult to stop the subtle fluctuating thoughts of the mind that occur due to the power of adventitious, contrived conditions. So if they are not stopped, they will be a great obstacle to experiencing the cognizance that is the primordially, naturally present, uncontrived, actual view. Therefore, to dispel all the obscurations that prevent you from encountering your own face of such pristine awareness, primordial consciousness, and since no other antidote serves as a remedy, the powerful antidote for dispelling all obstacles to seeing pristine awareness itself is simply to experience pristine awareness itself.

If you strive in the method for revealing pristine awareness itself, all subtle and coarse fluctuating conceptual fabrications will cease, and simultaneously pristine awareness will be revealed. Moreover, the ability to experience unwavering cognizance and the cessation of all subtle and coarse fluctuating, contrived, conceptual fabrications will also be simultaneous. Therefore, as for the way to terminate even subtle fluctuating thoughts, it is true that at first coarse fluctuating thoughts can be stopped with the power of practicing stabilizing meditation. But to stop subtle fluctuating thoughts that emerge due to contrived conditions, bring to mind the essential nature of the aspect of this immediate consciousness that is unmodified primordial consciousness, free of conceptual elaboration—indwelling, subtle clear light. If you are able to remain there without wavering, by the power of that, fluctuating subtle and coarse thoughts that emerge in dependence upon contrived conditions will be completely cut off, and you will be able to experience unmodified, connate, primordial consciousness without impediment.

Beginners who are unfamiliar with dwelling in the cognizance of immediate consciousness are unable to remain there for more than just a brief time. When you can’t remain in cognizance for more than just a short time, since you can’t take unwavering cognizance as your object and stay there, you will fall under the influence of the excitation of fluctuating, moving thoughts. Even when that happens, without roving in the domain of those movements, identify the cognizance that is an aspect, or basic disposition, of all those movements of good and bad thoughts of the present. Without vigorously grasping to that cognizance, you should effortlessly, naturally attend to it, simply without slipping away from the essential nature of that cognizance and its inner glow. But when you do slip into the movements of compulsive thoughts, whatever movements of thoughts occur, identify, as you did before, [85] the cognizance that is the indwelling primordial consciousness of the nature of existence of those thoughts. If you can remain there, whatever movements of thoughts occur, you will be able to cut them off immediately. So without resorting to other antidotes for cutting off compulsive thoughts, they will be released by resting in the nature of the compulsive thoughts themselves as you did before. This is the meaning of the renowned advice for how compulsive thoughts release themselves without one’s having to reject them. Orgyen Rinpoché says, “Leaving the movements right where they are, they are released as the dharmakāya.”

"Leaving the movements right where they are, they are released as the dharmakāya."

With the method of releasing compulsive thoughts in this way, without blocking them, if you recognize the nature of existence of the thoughts as pristine awareness, dharmakāya, and rest there, that is the sublime method for dispelling roving, compulsive thoughts. However, nowadays among those who say they are meditating, some persistently engage in compulsive thoughts without seeking any method to stop them, and even when they do block thoughts, they don’t stop, and that serves only to prevent their discerning mind from resting in its natural state. Others say, “one should let compulsive thoughts release themselves without rejecting them,” and then they simply continue roaming about in compulsive ideation. Some take pride in thinking that the best of meditations is simply recognizing whatever thoughts arise, while they apply themselves to counting thoughts. Some clear away coarse thoughts and recognize just such luminosity, cognizance, transparency, and clarity of the subtle mind and rest there. But they do not recognize the primordial consciousness that transcends the mind, so they are unable to differentiate between the mind and pristine awareness. Without knowing the meaning of the immediate consciousness discussed in the Great Perfection tantras, which state one must identify the immediate consciousness of the present moment, those teachings are lost on them.

Therefore, regarding this immediate consciousness, there are two aspects: that which is pervaded and that which pervades. There are many aspects to that which is pervaded that do not transcend the mind—including sensory consciousness, mental consciousness, and the substrate—so they are nothing more than the mind. That which pervades is the cognizance of primordial consciousness itself. So when you can experience such pristine awareness and rest there, then at that time there is no appearance of apprehended objects as being this or that, nor do you grasp to them as being such. Since good and bad configurations of inner thoughts neither appear, nor do you grasp to them, 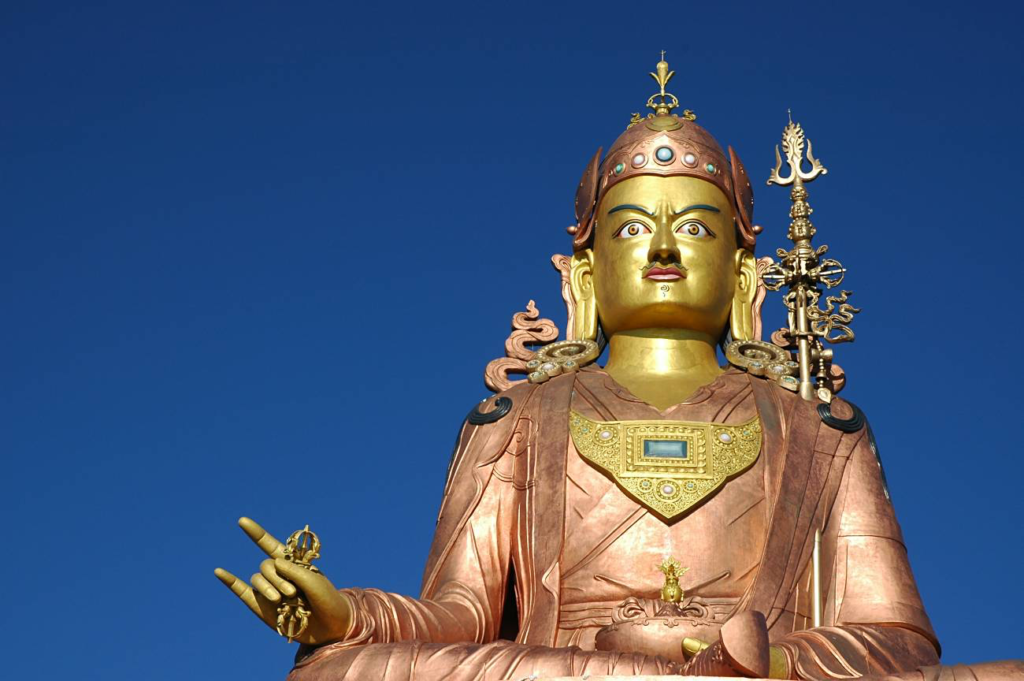 you remain without wavering from the nature of the dharmakāya, the all-creating sovereign. With this in mind, Orgyen Rinpoché stated:

Outwardly purify the appearance of apprehended objects,
inwardly release the apprehending mind itself,
and in between, recognize the clear light.

To be able to actualize the mind of clear light, cognizance free of fluctuating conceptual fabrications, without blocking the movements of air through the mouth and nostrils, is unique to this tradition and is nowhere to be found in other hidden tantras.

By remaining in such clear light primordial consciousness, there are three ways of achieving stability—great, small, and medium—and hence there are three ways of stopping fluctuations and movements—great, small, and medium. In reality, when you are able to remain in the clear light, indwelling, actual primordial consciousness, all movements and fluctuations of conceptual fabrications involving laxity, excitation, agitation, dullness, and so on are immediately cut off by the power of pristine awareness, primordial consciousness, which is why that primordial consciousness is also given the name cutting through. This is like the absence of darkness when light appears. Just as the surface of the sun is never veiled with darkness, the face of the cognizance of the clear light has never been veiled by any of the deviations of the path, such as naturally present, fluctuating conceptual fabrications. Consequently, simply by attending to the essential nature of the cognizance of the present moment, all deviations of the path, including fluctuating conceptual fabrications, can be immediately cut off. That is also the meaning [of cutting through]. Thus, remaining in pristine awareness dispels all deviations, and by slipping into the mind, all deviations emerge.