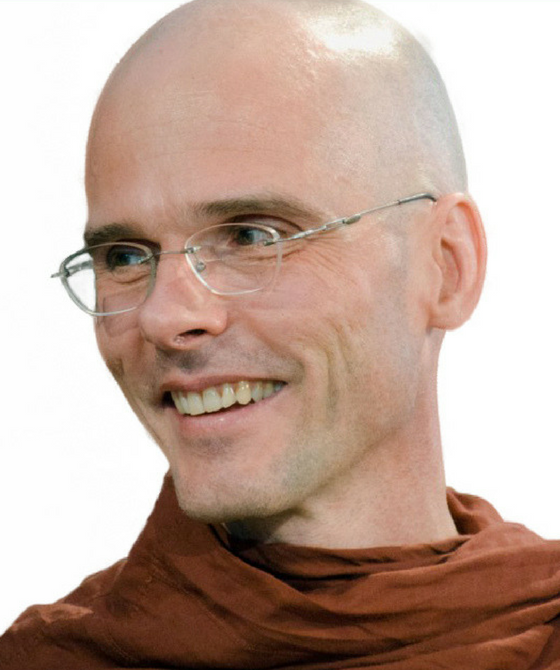 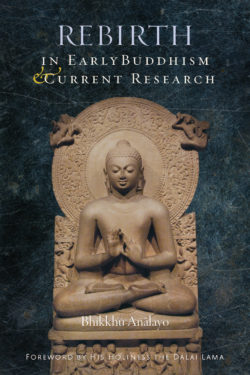 In four chapters, Rebirth in Early Buddhism and Current Research leads readers through:

Rebirth in Early Buddhism and Current Research brings together the many strands of the debate on rebirth in one place, making it both comprehensive and compact. It is not a polemic but an interrogation of the evidence, inviting readers to draw their own conclusions.

“From his unique perspective as an academic scholar and a monastic, Bhikkhu Anālayo provides a thorough explanation of the early Buddhist doctrine of rebirth and the debates about it in ancient India and early imperial China, as well as a judicious analysis of various phenomena that some people have taken to be evidence for rebirth. This book is essential reading for anyone interested in these fascinating topics.”

—Evan Thompson, author of Waking, Dreaming, Being: Self and Consciousness in Neuroscience, Meditation, and Philosophy

The Child Who Chanted

The story of Dhammaruwan, a child who spontaneously began chanting suttas in Pali at two years old.

Dhammaruwan was born on the 18th of November 1968 in Matale, Sri Lanka. At an age of about 2 years he spontaneously would sit in meditation and then start chanting, as well as at times saying things in a language not understood by his mother, who tried to hush him up.

At a later time he and his mother went from Matale to Kandy to stay with Bertie and Rosa Seneviratne, who became his step-parents.

When Dhammaruwan was about three years old, his chanting of a part of the Dhammacakkappavattana-sutta was overheard by someone in the house, at a time when Bertie and Rosa had gone to India, leading to the eventual realization that he was chanting a Pāli text. On their return, Bertie encouraged the boy to continue and regularly made recordings of the chants, copies of which he would give to interested visitors. By the time of growing up into an adult, Dhammaruwan lost the ability to perform these chants.

According to Dhammaruwan’s memories, he learned the Pāli chants in a former lifetime in India, where he had been born as the son of a brahmin and trained in memorization of the Vedas. He had gone forth as a Buddhist monk and become a student of the eminent monk Buddhaghosa at Nālandā. After being trained as a reciter, together with other monks who had similarly been trained he was chosen to accompany Buddhaghosa from India to Sri Lanka. Having come to Sri Lanka, he stayed with Buddhaghosa at the Mahāvihāra in Anurādhapura.

The Dhammacakkappavattana-sutta, the Buddha’s first sermon, in which he disclosed the four noble truths. 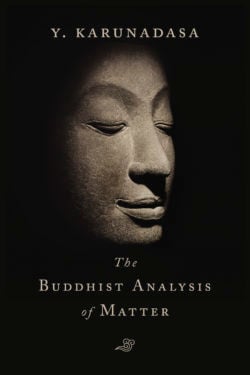 The Buddhist Analysis of Matter 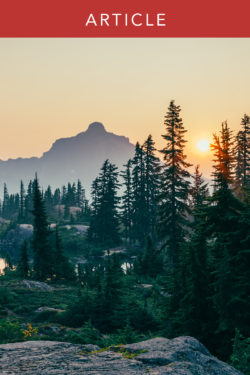 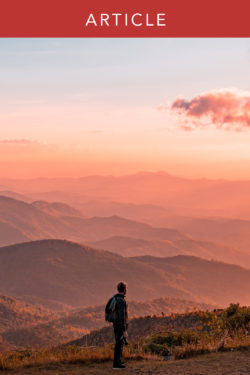 Working with the Three Kinds of Attachment 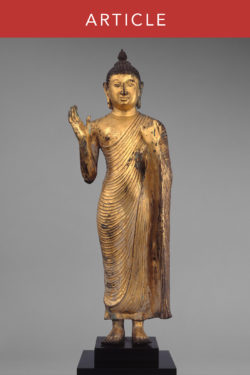 Empty is the World 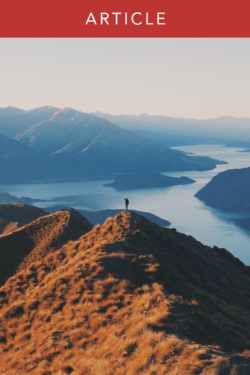 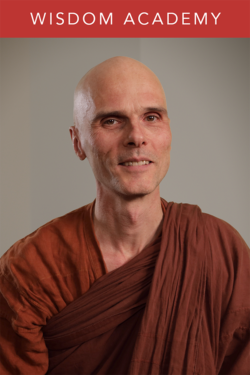 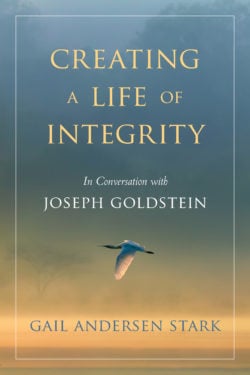 Creating a Life of Integrity 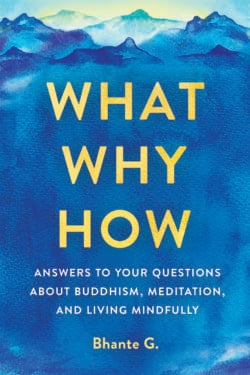 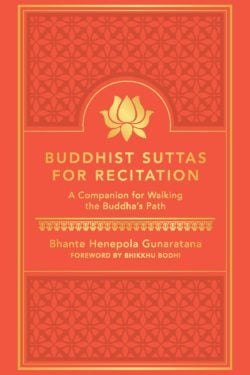 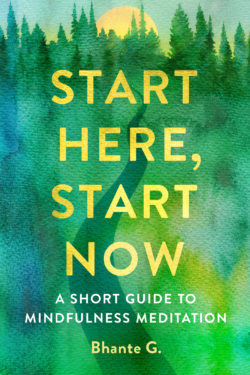 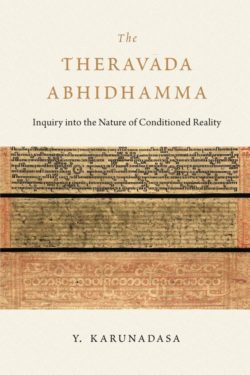 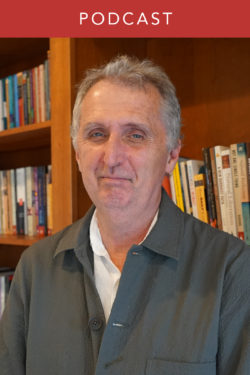 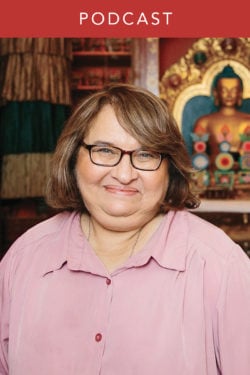 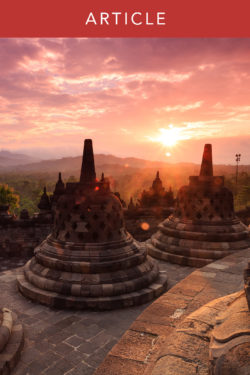 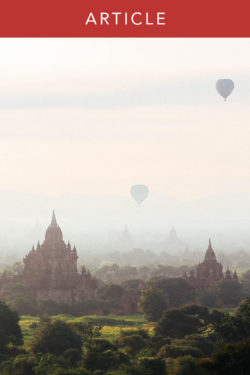 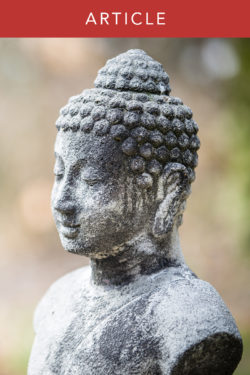 The Buddha Travels the Hard Path 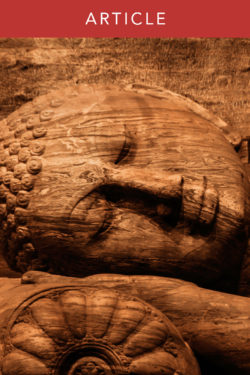 The Buddha on Old Age, Illness, and Death

The Buddhist Analysis of Matter

The Buddhist Analysis of Matter is an in-depth study of the Buddhist view of the nature and composition of matter as interpreted in Theravāda Buddhism. The study is mainly based on the seven treatises of the canonical Abhidhamma as well as the subsequent commentarial exegesis. However, in order to bring the subject into a wider perspective and to present it with a measure of precision, it takes into consideration the parallel doctrines of the Vaibhāṣika and Sautrāntika schools of Buddhism. These were two of the leading non-Mahāyāna schools with which the Theravādins had much in common. Both subscribed to a realistic view of existence: while the former had a tendency to extreme realism, the latter had a predilection, but not a commitment, to subjectivism.

Acclaimed scholar Y. Karunadasa’s Buddhist Analysis of Matter provides a much-needed micro view of the topic with a detailed examination of the Theravādins’ list of rūpa-dhammas—the ultimate irreducible factors into which material existence is analyzed. It exposes the nature of the basic material elements and explains their interconnection and interdependence on the basis of conditional relations. It concludes with an attempt to understand the nature and relevance of the Buddhist analysis of matter in the context of Buddhism as a religion.

Working with the Three Kinds of Attachment

Empty is the World

In this course, you’ll discover some of the most meaningful and profound applications of mindfulness, under the guidance of renowned scholar-monk Venerable Bhikkhu Anālayo and a group of expert guest teachers.

Note: As an act of Dhammadāna, Ven. Anālayo has waived royalty payments for this course.

Creating a Life of Integrity

Creating a Life of Integrity is our personal trainer for strengthening our integrity muscles.

When we don’t speak or act from our own sense of integrity, we feel lousy. Find out how you can live with more integrity—and subsequently more joy—as you follow these lively conversations between Joseph Goldstein, a founder of the modern mindfulness movement, and Gail Stark, a businesswoman and his student and friend of twenty-five years.

As Joseph and Gail unpack the components of integrity—generosity, virtue, renunciation, wisdom, courage, patience, truthfulness, resoluteness, loving-kindness, and equanimity—we discover each is a step on a path that transports us to an empowered place of clarity, commitment, and, consequently, more joy. As we strengthen and weave these qualities into our daily lives they become our trusted first response in a world that needs our integrity now.

Everything you ever wanted to know but never had a chance to ask about meditation and Buddhist spiritual practice, from one of the greatest mindfulness teachers of our time.

How can I fit meditation into my busy life?
How should I understand karma and rebirth?
Is enlightenment even possible for me?

Sound familiar? If you’ve ever meditated or studied Buddhism, you may have found yourself asking these questions—and many more! Here’s the good news: there are answers, and you’ll find them all in this book. Imagine that you could sit down with one of Buddhism’s most accomplished and plainspoken teachers—and imagine that he patiently agreed to answer any question you had about meditation, living mindfully, and key Buddhist concepts—even the myriad brilliant questions you’ve never thought to ask! What, Why, How condenses into one volume a half-century of Bhante G.’s wise answers to common questions about the Buddha’s core teachings on meditation and spiritual practice. With his kind and clear guidance, you’ll gain simple yet powerful insights and practices to end unhealthy patterns and habits so that you can transform your experience of the world—from your own mind to your relationships, your job, and beyond.

Bring the Buddha’s teachings more deeply into your life.

Buddhist Suttas for Recitation provides everything you need to begin and maintain a practice of contemplative recitation and reflection. These practices will deepen your connection to the Buddha, strengthen your faith in the Path, and nurture your intellectual understanding of the Dhamma.

This unique volume includes carefully chosen discourses of the Buddha from the Pali Canon—presented in inspiring and accessible English with accompanying Pali—that convey the essence of the Dhamma. The introductory material explains the relationship between meditation and devotional practice, offers instructions on setting up a home altar, and gives advice on how to use these texts to enhance your spiritual development.

The paperback version of this book is currently out of stock.
A master of mindfulness, who has taught thousands to meditate, Bhante G. will show you exactly how to start your own practice and make it a part of your daily life. The book includes practical advice on

You can start meditating today and, with Bhante G.’s guidance, discover more peace, presence, and joy in everyday life.

The renowned Sri Lankan scholar Y. Karunadasa examines Abhidhamma perspectives on the nature of phenomenal existence. He begins with a discussion of dhamma theory, which describes the bare phenomena that form the world of experience. He then explains the Abhidhamma view that only dhammas are real, and that anything other than these basic phenomena are conceptual constructs. This, he argues, is Abhidhamma’s answer to common-sense realism—the mistaken view that the world as it appears to us is ultimately real.

Among the other topics discussed are

The volume concludes with an appendix that examines why the Theravada came to be known as Vibhajjavada, “the doctrine of analysis.”
Not limiting himself to abstract analysis, Karunadasa draws out the Abhidhamma’s underlying premises and purposes. The Abhidhamma provides a detailed description of reality in order to identify the sources of suffering and their antidotes—and in doing so, to free oneself.

In this episode of the Wisdom Podcast, host Daniel Aitken speaks with Charles Hallisey, scholar and beloved professor at Harvard Divinity School. Professor Hallisey’s research centers on Theravada Buddhism in Sri Lanka and Southeast Asia, Pali language and literature, Buddhist ethics, and literature in Buddhist culture. His most recent book is Therigatha: Poems of the First Buddhist Women (Harvard University Press, 2015). In this fascinating conversation, Professor Hallisey shares his earliest encounters with the Theravada tradition in Sri Lanka and the ways in which his most revered teachers have left lasting impressions on him and his life’s philosophy. He mentions by name some of his teachers who introduced him to the human heritages of Buddhism in Sri Lanka: John Ross Carter, Mahinda Palihawadana, Kenneth Morgan, B.M. Kiribanda, P.B. Meegaskumbura, and especially G.D. Wijayawardhana. Professor Hallisey also talks about the study of Buddhism in academia as a process of calling oneself into question and how this factors into his life as both a student and teacher. Lastly, Professor Hallisey delves deeply into the world of reading Buddhist scripture and literature and suggests ways we might reimagine our engagement and interpretation of texts in radically new, inspiring, and ethically conscious ways.

In this episode of the Wisdom Podcast, host Daniel Aitken speaks with Sharon Salzberg, world-renowned meditation teacher and practitioner, and New York Times bestselling author. Sharon is also cofounder of the Insight Meditation Society in Barre Massachusetts, the first ever western meditation center established in the United States. In this episode, you’ll hear Sharon discuss one of her all-time favorite topics: the practice of metta, or loving-kindness. Sharon talks about what initially drew her to the practice and its transformational effects over the course of her lifetime. In her down-to-earth style, Sharon explains the practical application of loving-kindness in daily life. As more than just a concentration practice, loving-kindness can function as an antidote to fear, anxiety, and emotional withdrawal. It can heighten a sense of connection with others, help us be more assertive, and even transform the most difficult of relationships. She compares it to what the Buddha taught as “gladdening the mind,” or ways of cultivating a loving mental environment in which to navigate the more difficult aspects of life and practice. If you’re interested in hearing more from Sharon, be sure to check out our first podcast with her, Sharon Salzberg: Faith and Doubt.

The Buddha Travels the Hard Path

The Buddha on Old Age, Illness, and Death