Illuminating the Mind: Exploring Buddhism and Science with the Dalai Lama

Join His Holiness the Dalai Lama in an exploration of the nature of mind with leading researchers, philosophers, and Buddhist scholars.

We invite you to join an inquiry into the nature of mind that has been going on between leading scientists, philosophers, contemplatives, and His Holiness the Dalai Lama for over 35 years. In this Wisdom Academy online course, co-produced with the Mind & Life Institute, you’ll find a curated selection of dialogues that explore our evolving understanding of three aspects of mind: attention, perception, and self.

Your guide in this course will be Thupten Jinpa, the renowned Buddhist scholar and longtime translator for the Dalai Lama who has been a key contributor throughout the Mind & Life Dialogues. B. Alan Wallace, Anne Treisman, and Amishi Jha then share three perspectives on attention from a Buddhist, psychological, and neuroscientific viewpoint. Thupten Jinpa and Catherine Kerr offer Buddhist and neuroscientific understandings on how objects are ascertained and constructed in the processes of perception. Then Jay Garfield and Matthieu Ricard investigate the nature of self, exploring tendencies toward self-grasping and how our own deeply held views of self can lead to either suffering or compassionate action. The course concludes with a powerful teaching from His Holiness the Dalai Lama from the Mind & Life archives.

To further support and deepen your understanding of the concepts presented in this course there are also three guided meditations from Jack Kornfield, Lama Willa Blythe Baker, and Tsoknyi Rinpoche. Additionally, you’ll have access to a course forum where you can discuss your learnings with an international community of students.

This course offers a unique opportunity to explore the mind from a variety of angles through archival footage, following along with His Holiness the Dalai Lama as he pursues his lifelong passion for science.

All proceeds from this course go toward funding the nonprofit activities of Wisdom Publications and the Mind & Life Institute. We thank you for your support!

In this first lesson, Dr. Thupten Jinpa Langri provides an introduction to and overview of the course, which focuses on the intersection of science and Buddhist thinking in the areas of attention, perception, and self. As the Dalai Lama’s translator, a key participant in the Mind & Life Dialogues, and a renowned scholar, Dr. Jinpa is a uniquely qualified guide for your journey through this course. The background and objectives of the Mind & Life Dialogues are discussed, as well as the differences between the third-person perspective of modern science and the first-person approach in Buddhism. Dr. Jinpa introduces the foundations of many Buddhist philosophical textual traditions, and highlights the common methodological grounds shared by Buddhism and science in the investigation of the mind.

Lesson 2: The Meditative Technology of Introspection with B. Alan Wallace

In this lesson, Dr. B. Alan Wallace describes the three-part Buddhist framework of ethics, meditation, and wisdom. He then details the two mental faculties that are important for developing the practice of shamatha: mindfulness and meta-awareness. Deepening this exploration, Alan then moves on to discuss mindfulness, which he defines as the faculty of sustaining voluntary attention continuously upon a familiar object without forgetfulness or distraction. In his exploration of shamatha practice, Alan then discusses three methods of shamatha: mindfulness of breathing, observing the mind, and awareness of awareness. Finally, he addresses some common objections to introspection as a method of inquiry.

Lesson 3: The Neuroscience of Attention with Amishi Jha

In this lesson, Dr. Amishi Jha presents her scientific research on attention and mindfulness training. She begins by drawing comparisons between the traditional Buddhist concepts of manisikāra, which means “attention,” and sati, which means “remembering” or “taking hold,” and the neuroscientific concepts of attention and working memory. Dr. Jha then describes three components of attention: orienting, executive control, and alerting, and shares the methods used in her lab to index these three. She then discusses an experiment that examined all three components by comparing meditators to non-meditators to see which components were sensitive to mindfulness training. His Holiness the Dalai Lama offers several suggestions for future studies based on traditional meditation practices, especially visualization, that relate with working memory. Finally, Dr. Jha shares research on the impact of mindfulness training in protecting against the effects of aging as well as the relationship between working memory and positive and negative mood, and she asks His Holiness about the connection between mindfulness and emotion regulation from a Buddhist point of view.

In this lesson, Dr. Anne Treisman presents from the Western psychological perspective on attention. She describes two modes of attention: focused and distributed. Dr. Treisman also explains how the information collected through attention is stored in separate places in the brain and acknowledges the question that then arises: how do we end up experiencing integrated objects with all their properties—shape, color, orientation, size, distance, and so on? This is known as the “binding problem.” Finally, she explores the role of unconscious information on behavior and analyzes the effects of meditation training in terms of the breadth of one’s focus, the efficiency of focus, the overall capacity of attention, and our ability to move between different levels of processing. The lesson also features a guided meditation with Jack Kornfield that will help you start to apply your learnings about attention.

Lesson 6: The Neuroscience of Perception with Catherine Kerr

In this lesson, Dr. Catherine Kerr explores scientific findings that suggest perception of body sensations takes place precisely at the interface between mind and body. Her work suggests mindfulness practice enhances the mind’s ability to control the “volume” of simple body-related neuronal signals. In addition, she describes a higher-order body perception network in the brain that integrates touch, joint and muscle sensations, and visual images of the body to produce a three-dimensional ego-centric map of the body in space. Finally, she asks if the neuroscience of body perception networks can provide a tractable basis for investigating the effects of contemplative practices that focus on changing the experience of the body in space. The lesson also features a guided meditation with Lama Willa Blythe Baker that will help you start to apply your learnings about perception.

Lesson 7: Western and Buddhist Philosophies of Self with Jay Garfield

In this presentation, Dr. Jay Garfield describes the range of positions in Western and Buddhist philosophy regarding the self and the person, issues with various views, and what problems each view confronts. He looks briefly at the substantialist views of self against which most Buddhist and contemporary Western views are developed. Dr. Garfield also presents questions about synchronic and diachronic unity and identity and distinguishes between a conventionally established person and an intrinsically real self. He explores reductionist, supervenience, bundle, and sequential models of selfhood before turning to narrative and socially constructive models of the self and no-self in both traditions. The presentation concludes with some observations about the ethical implications of self-grasping and of selflessness.

Lesson 8: Self, Ethics, and the Science of Altruism with Matthieu Ricard

In this presentation, Dr. Matthieu Ricard discusses how the way in which we conceive of the self has deep repercussions on our relation to ourselves, to others, and to the world. He also distinguishes between the notions of altruism, empathy, and compassion and presents some ways in which we can enact both individual change and societal change by adopting a more compassionate, selfless attitude. The lesson also features a guided meditation with Tsoknyi Rinpoche on self and emptiness, and an inspiring video teaching from the Dalai Lama. 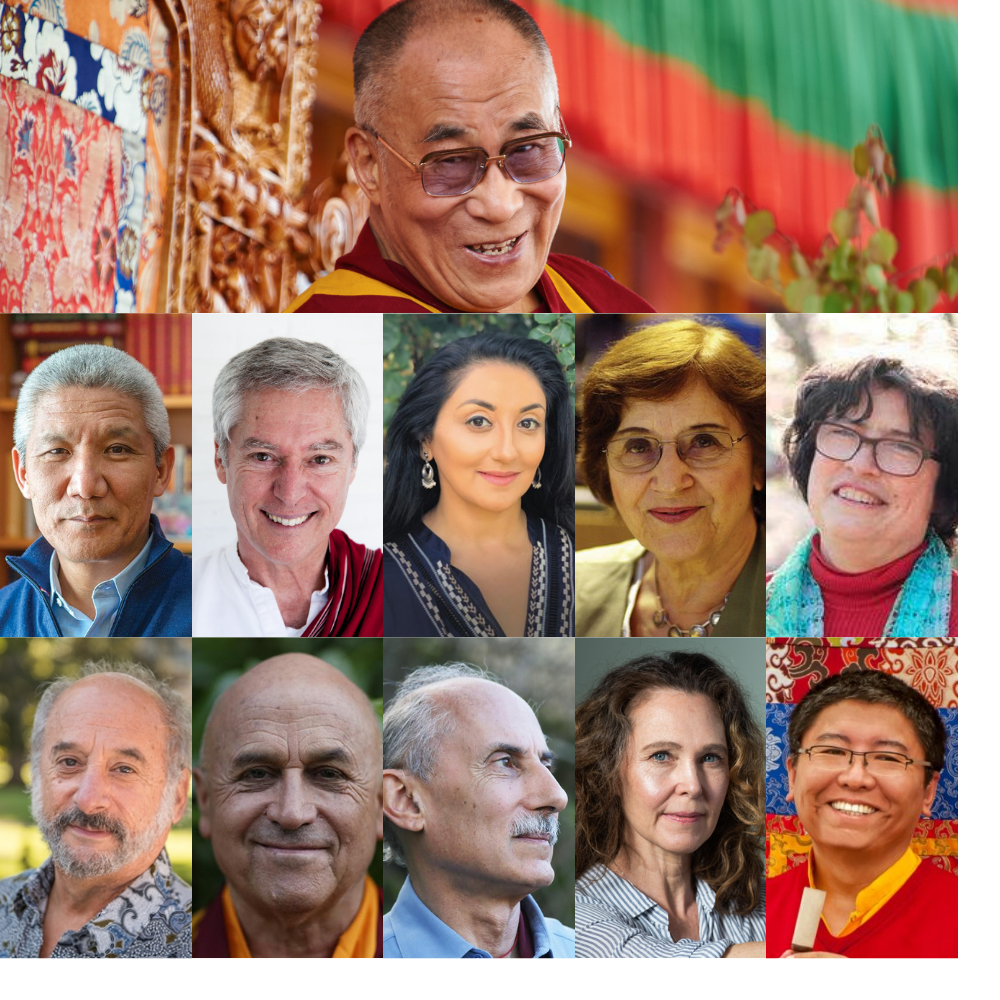 In this course, you’ll be taught by an esteemed group of luminaries, including Buddhist teachers and philosophers, neuroscientists, and psychologists. Click here to learn more about them.