We’ve made this course free to the public so everyone can get a taste of the Wisdom Experience.

In this course, you’ll be guided by one of the foremost scholars and translators in the Theravada tradition, Bhikkhu Bodhi, through the study of meditation as it is taught in the Abhidhamma. Start lesson 1 today to begin your journey to discovering the forty meditation subjects in Buddhist literature, the role of attaining jhāna in the Buddhist path, the path and fruit of stream entry, and the meaning of meditative attainment. You’ll come away with a clear understanding of the entire terrain of Buddhist meditation, from beginning to end.

Lesson 1 is available to preview now for free. All lessons are available online to take at your own pace.

Acclaimed scholar-monk Bhikkhu Bodhi guides us expertly through the study of meditation in the Theravada tradition. In ten lessons based on the Comprehensive Manual of Abhidhamma (Abhidhammattha Sangaha), he examines chapter 9, “The Compendium of Meditation Subjects.” This important chapter can be considered the culmination of the entire Abhidhamma system as it offers a framework for the practice of meditation leading to realization—a concise overview of the whole path explained in detail in the Visuddhimagga, or Path of Purification, by the great fifth-century scholar Buddhaghosa. In his signature lucid style, Bhikkhu Bodhi explores two aspects of classical Buddhist meditation: samatha (serenity) and vipassanā (insight), aimed respectively at samādhi (concentration) and the realization of the paths and fruits. You’ll come away with a clear understanding of the entire terrain of Buddhist meditation, from beginning to end.

This course is available as a free offering to all Free, Plus, and All-Access members of the Wisdom Experience. We hope you enjoy this as a sample of the courses that are available to you in Wisdom Academy. Click here to join!

Lesson 1: Samatha and Vipassanā in the Pāli Nikāyas

Bhikkhu Bodhi covers the meditation subjects mentioned in the Nikāyas and the Abhidhammattha Sangaha, including the kasinas, the kinds of foulness, the recollections, the four immeasurables, the repulsiveness of food, the four elements, and the four immaterial states.

Lesson 3: Suitability, Temperaments, and the Three Stages of Concentration

Bhikkhu Bodhi discusses which meditation subjects are suitable for different temperaments. He then outlines which of these subjects lead to the different stages of concentration: preliminary concentration, access concentration, and full absorption—the stage that begins with the first jhāna.

Bhikkhu Bodhi discusses the progression in calm abiding meditation that leads to attainment of the first jhāna as well as the five kinds of mastery to be achieved before moving on to the second jhāna. He then analyzes the jhānas according to the sutta and Abhidhamma schemes and how the meditator passes to the four formless meditations.

Lesson 5: Insight Meditation and the Purifications of Virtue, Mind, and View

Lesson 7: Purification by Knowledge and Vision of the Path and Not-Path and the Nine Insight Knowledges

Bhikkhu Bodhi discusses the process leading to emergence, change of lineage, and the path and fruit of stream entry.

Bhikkhu Bodhi discusses the attainments of the paths of stream enterers, once-returners, non-returners and arahants as well as the fetters that are eliminated by each of these respective paths. 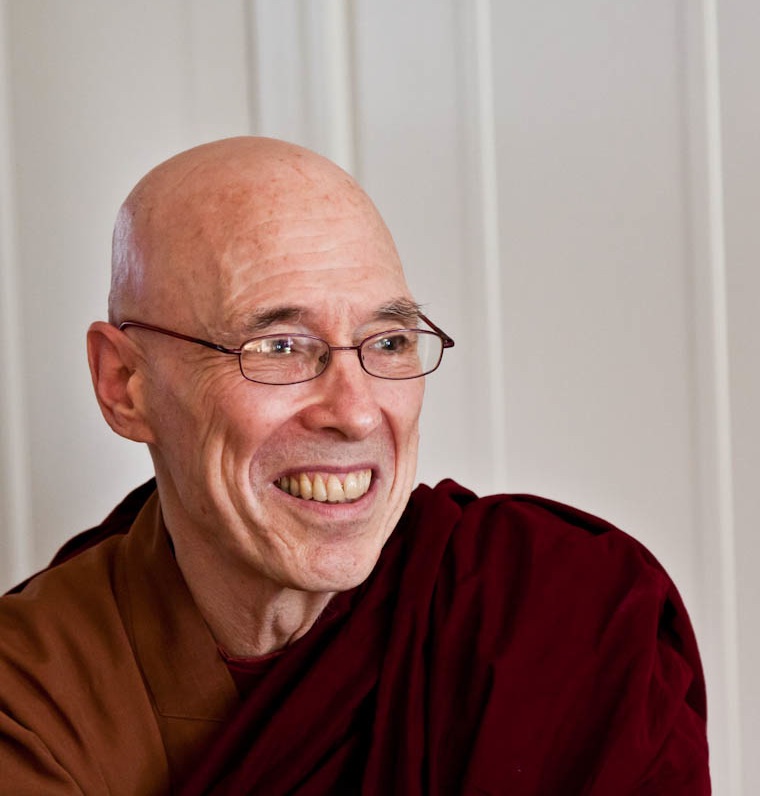 Ven. Bhikkhu Bodhi is an American Buddhist monk from New York City, born in 1944. He obtained a BA in philosophy from Brooklyn College and a PhD in philosophy from Claremont Graduate School. After completing his university studies he traveled to Sri Lanka, where he received novice ordination in 1972 and full ordination in 1973, both under the leading Sri Lankan scholar-monk, Ven. Balangoda Ananda Maitreya (1896-1998). From 1984 to 2002 he was the editor for the Buddhist Publication Society in Kandy, where he lived for ten years with the senior German monk, Ven. Nyanaponika Thera (1901-1994), at the Forest Hermitage. He returned to the U.S. in 2002 and currently lives and teaches at Chuang Yen Monastery in Carmel, New York. Ven. Bodhi has many important publications to his credit, either as author, translator, or editor. These include The Middle Length Discourses of the Buddha (Majjhima Nikaya, 1995), The Connected Discourses of the Buddha (Samyutta Nikaya, 2000), and The Numerical Discourses of the Buddha (Anguttara Nikaya, 2012). In 2008, together with several of his students, Ven. Bodhi founded Buddhist Global Relief, a nonprofit supporting hunger relief, sustainable agriculture, and education in countries suffering from chronic poverty and malnutrition.

Join the Wisdom Experience for free to take this course!