Searching for the Self 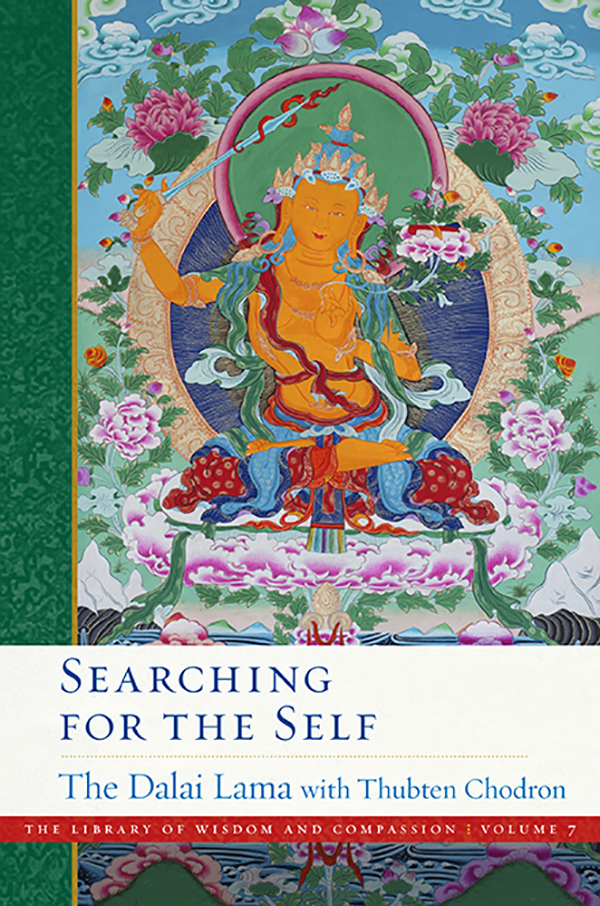 “I am thrilled to see Searching for the Self. All the volumes in the Library of Wisdom and Compassion are highly cherished treasures—they are profound yet easily accessible. Searching for the Self will help to open your wisdom eye to investigate emptiness. With that understanding, you can fly in freedom without grasping at illusory objects.” —Geshe Lhakdor, director, Library of Tibetan Works and Archives, Dharamsala, India

“It is refreshing to come across such a clear and in-depth study of the Middle Way teaching of no-self and emptiness as found in the Mahāyāna and Theravāda traditions. This remarkable book opens the door to a wide and profound understanding of those teachings and to the path leading to their realization.” —Ajahn Sundara, author of Walking the World, Seeds of Dhamma, and Paccuppanna: The Present Moment

“This seventh volume in the Library of Wisdom and Compassion is undoubtedly the masterpiece of H. H. the Dalai Lama and Thubten Chodron. Searching for the Self not only deals with the heart of the Buddhist view on emptiness, which distinguishes it from the great monotheistic religions, it also discusses the approaches of Pāli and Chinese Buddhism on the ultimate nature. A brave, impressive, and convincing presentation toward a theory of “Buddhist ecumenism,” it enables Buddhists worldwide to speak in one voice about important issues that concern all of us today. At the same time, it gives non-Buddhists fresh insight into the world of Buddhist thought and practice.” —Dr. Carola Roloff (Bhikṣuṇī Jampa Tsedroen), Professor for Buddhism and Dialogue at the Academy of World Religions of the University of Hamburg

“With this book the authors have opened the door to a vast treasure of Buddhist ideas. Based on instruction given by the Dalai Lama to audiences around the world, it speaks directly to issues of the human condition. A valuable compendium of Buddhist philosophy that addresses both simple, grounded spiritual practice and the need to comprehend higher profound truths.” —Ian Coghlan (Jampa Ignyen), Monash University

SEARCHING FOR THE SELF

The Library of Wisdom and Compassion, Vol. 7 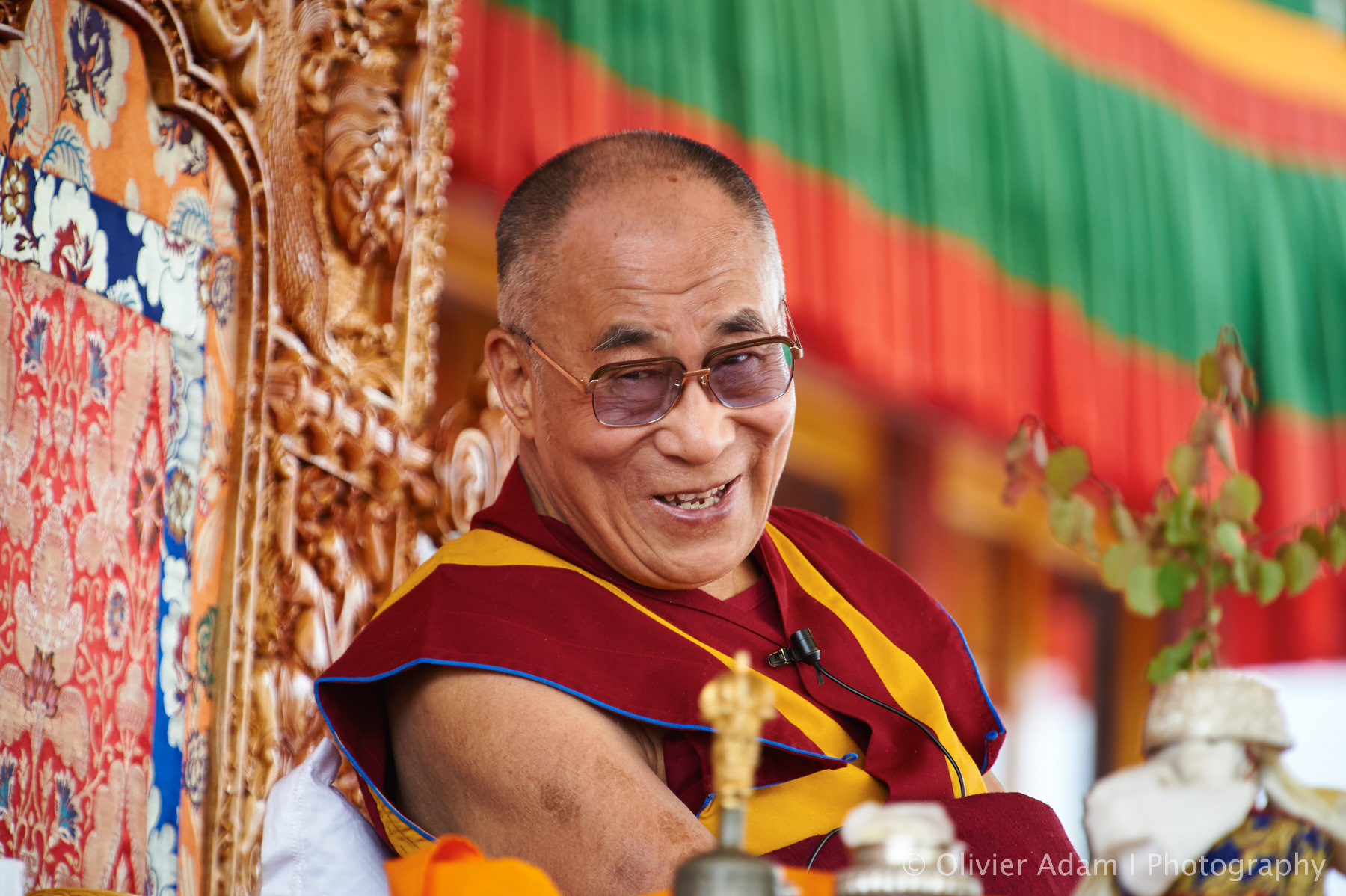 Tenzin Gyatso, the Fourteenth Dalai Lama, is the spiritual leader of the Tibetan people. He frequently describes himself as a simple Buddhist monk. Born in northeastern Tibet in 1935, he was as a toddler recognized as the incarnation of the Thirteenth Dalai Lama and brought to Tibet’s capital, Lhasa. In 1950, Mao Zedong’s Communist forces made their first incursions into eastern Tibet, shortly after which the young Dalai Lama assumed the political leadership of his country. He passed his scholastic examinations with honors at the Great Prayer Festival in Lhasa in 1959, the same year Chinese forces occupied the city, forcing His Holiness to escape to India. There he set up the Tibetan government-in-exile in Dharamsala, working to secure the welfare of the more than 100,000 Tibetan exiles and prevent the destruction of Tibetan culture. In his capacity as a spiritual and political leader, he has traveled to more than sixty-two countries on six continents and met with presidents, popes, and leading scientists to foster dialogue and create a better world. In recognition of his tireless work for the nonviolent liberation of Tibet, the Dalai Lama was awarded the Nobel Peace Prize in 1989. In 2012, he relinquished political authority in his exile government and turned it over to democratically elected representatives.
His Holiness frequently states that his life is guided by three major commitments: the promotion of basic human values or secular ethics in the interest of human happiness, the fostering of interreligious harmony, and securing the welfare of the Tibetan people, focusing on the survival of their identity, culture, and religion. As a superior scholar trained in the classical texts of the Nalanda tradition of Indian Buddhism, he is able to distill the central tenets of Buddhist philosophy in clear and inspiring language, his gift for pedagogy imbued with his infectious joy. Connecting scientists with Buddhist scholars, he helps unite contemplative and modern modes of investigation, bringing ancient tools and insights to bear on the acute problems facing the contemporary world. His efforts to foster dialogue among leaders of the world’s faiths envision a future where people of different beliefs can share the planet in harmony. Wisdom Publications is proud to be the premier publisher of the Dalai Lama’s more serious and in-depth works. 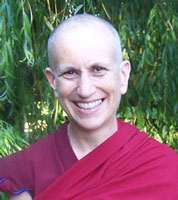 Venerable Thubten Chodron is an author, teacher, and the founder and abbess of Sravasti Abbey, the only Tibetan Buddhist training monastery for Western nuns and monks in the US. She graduated from UCLA, and did graduate work in education at USC. Ordained as a Tibetan Buddhist nun in 1977, she has studied extensively with His Holiness the Dalai Lama, Tsenzhap Serkong Rinpoche, and Kyabje Zopa Rinpoche.
Ven. Chodron teaches worldwide and is known for her practical (and humorous!) explanations of how to apply Buddhist teachings in daily life. She is also involved in prison outreach and interfaith dialogue. She has published many books on Buddhist philosophy and meditation, and has co-authored a book with His Holiness the Dalai Lama—Buddhism: One Teacher, Many Traditions. Visit thubtenchodron.org for a media library of her teachings, and sravasti.org to learn more about the Abbey.
Thubten Chodron featured in Tricycle: “Tibetan Buddhist Nun Blazes Trail for Others to Follow.”
See Thubten Chodron’s teaching schedule here.
ONLINE COURSE WITH VEN. THUBTEN CHODRON