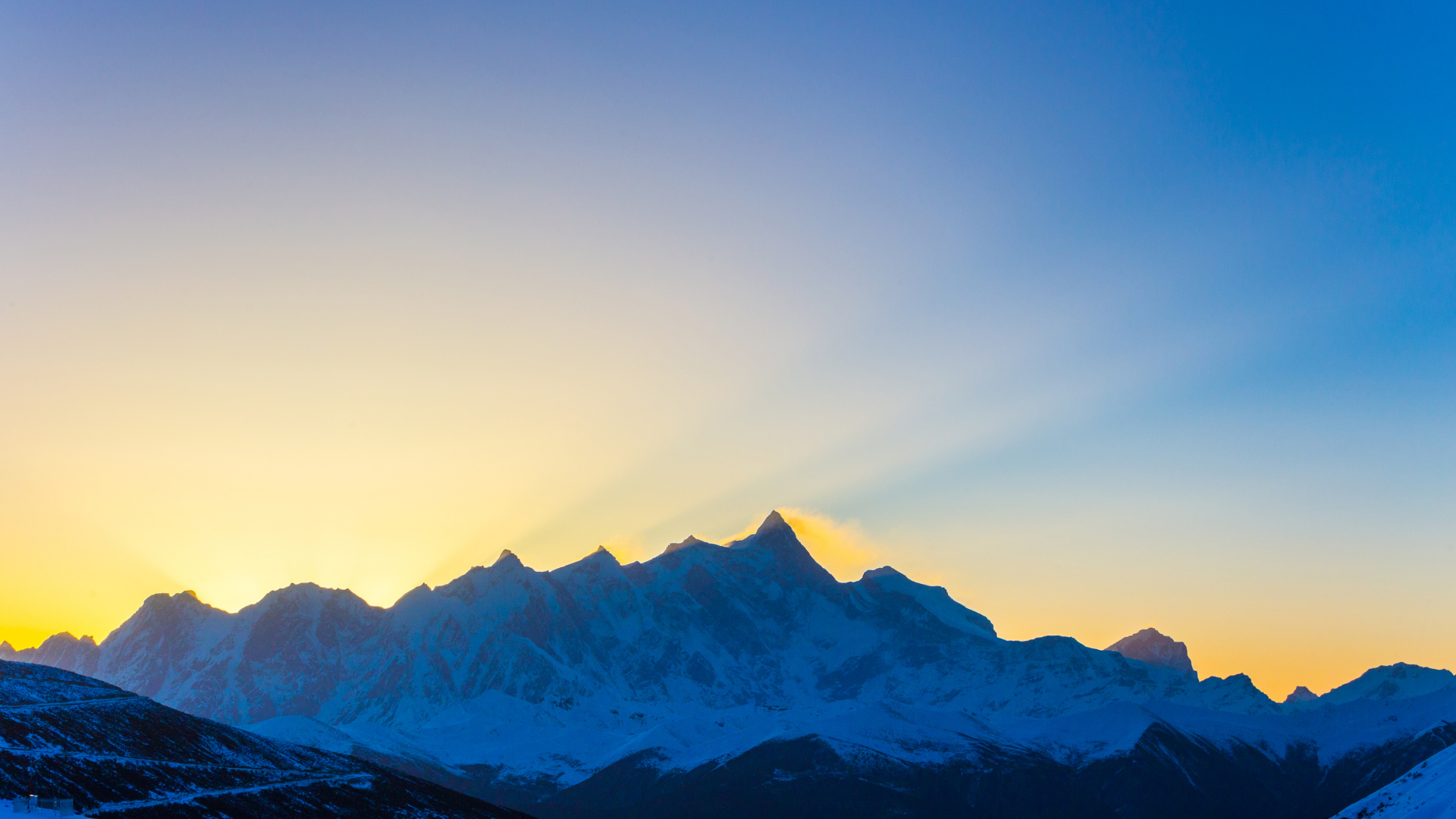 An online course with Tashi Mannox

In this course, Tashi will guide you through setting up and constructing each of the Tibetan letters in the popular Uchen script, including how to make and use the foundational grid that serves as the basis for each letter. 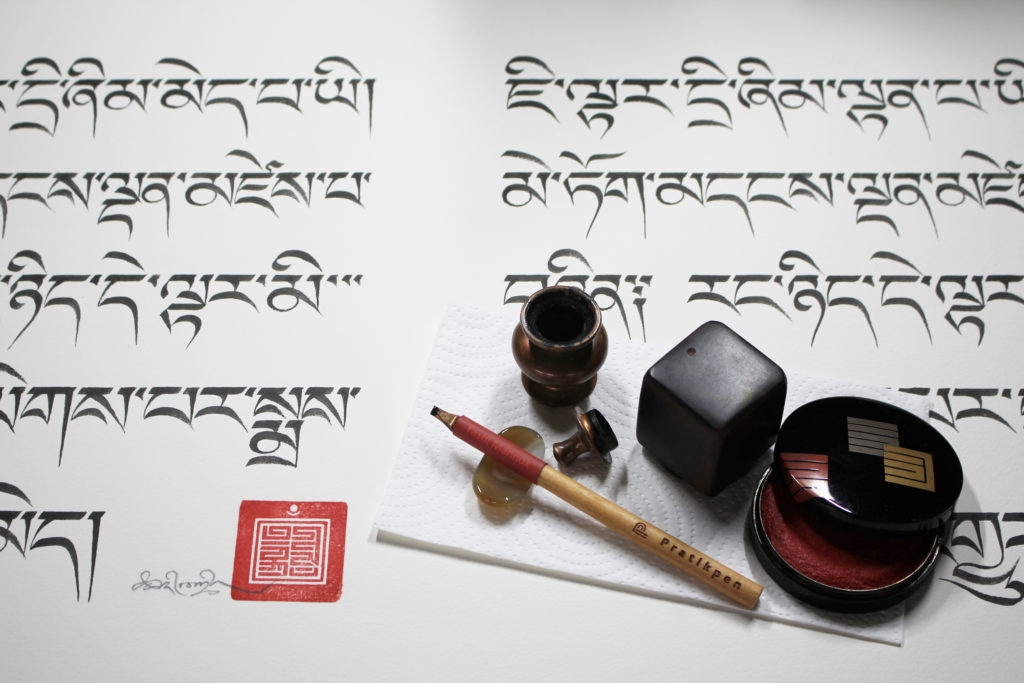 Tashi also gives detailed instructions on the order and technique of each stroke used in constructing each of the 30 letters, maintaining the intended sacred proportions of the Tibetan Uchen script.

Benefits of Taking This Course

For Tibetan Buddhists, learning to read and write Tibetan is a key that unlocks the great wealth of Dharma held within Tibetan literature, such as the kangyur and the tengyur. Additionally, learning the read the Tibetan practice scriptures, mantras, and seed syllables is a powerful support for visualization meditation.

For those already familiar with Tibetan calligraphy, we think you’ll enjoy this opportunity to learn a different tradition or improve on what you already know. Calligraphers and artists may also wish to integrate Tibetan writing into their own creative output, such as artworks and design pieces.

For students of Tibetology and the Tibetan language, this course will help improve speed and clarity—especially as learning the alphabet is an essential foundation to read and write Tibetan coherently. 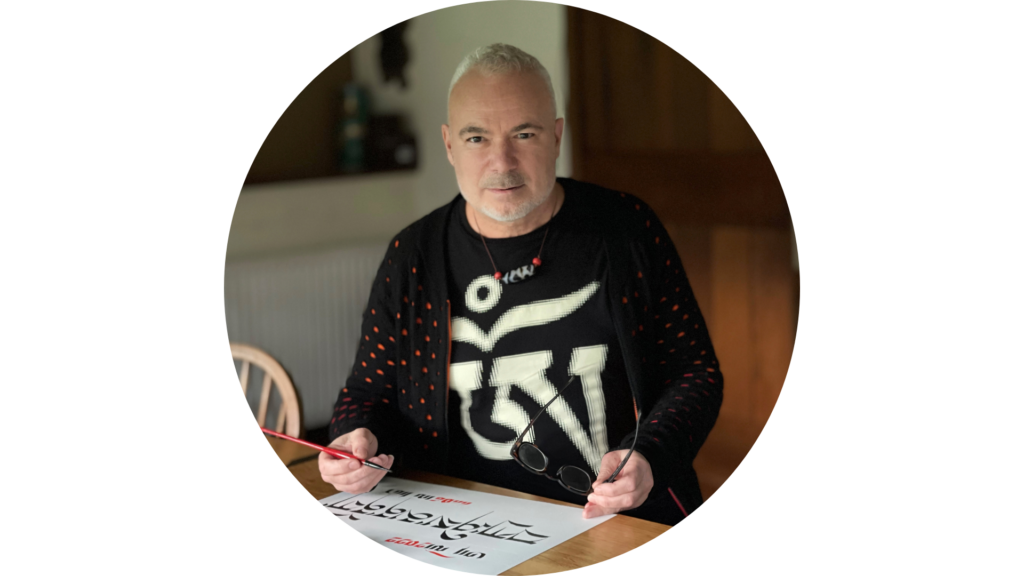 As an advocate of the preservation and conservation of the Tibetan writing systems, I am delighted to be working with Wisdom Academy to provide this course on Tibetan calligraphy.

I am encouraged to see an often young and eager community of calligraphers wishing to take up and master this ancient scriptural tradition—when we practice the art of Tibetan calligraphy, we help to keep a rare and beautiful tradition alive.

In my years of teaching, I have seen many students gain great satisfaction and joy from learning the discipline of Tibetan calligraphy as they develop an in-depth appreciation of its heritage and all that it represents, and experience its enriching and meditatively calming effects.

So it is with great pleasure I can share such precious values and knowledge with you on this Wisdom Academy online course.

I hope you’ll join me and experience the power and peace of this miraculous art form. 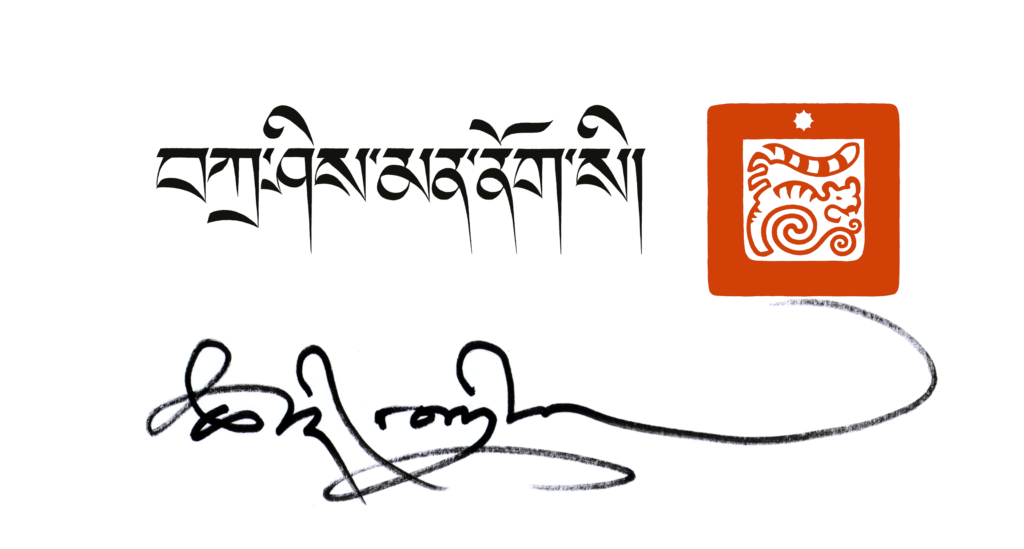 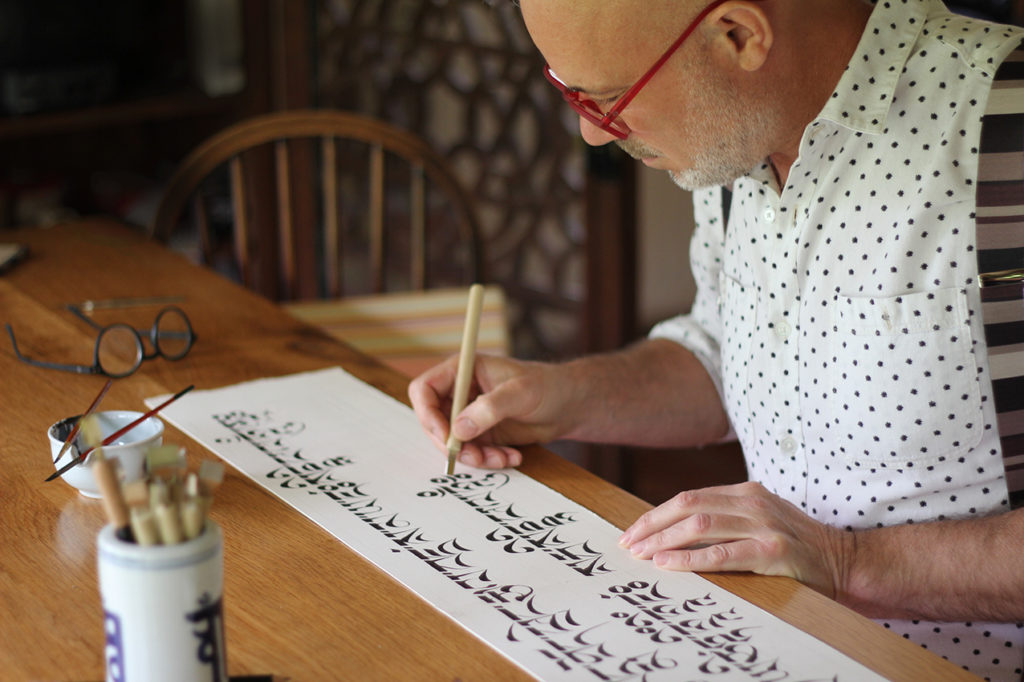 Born to a Buddhist family in the United Kingdom, Tashi Mannox first took notice of the Tibetan language at about the age of 13, when he spent time with two Tibetan Lamas. At the age of 22, Tashi himself took the precepts of a Buddhist monk. Being artistically inclined, he developed his Tibetan writing skills while working as a scribe. This labor of devotion and discipline honed his skills, not just in the classical Uchen script, but the many other Tibetan script styles. His teachers in Tibetan calligraphy include H.E. Tai Situ Rinpoche and Akong Tulku Rinpoche, and he has studied Lantsa Sanskrit with Lama Pema Lodrup of Dharmsala.

Since leaving his monastic lifestyle, Tashi has continued working in the preservation and conservation of the Tibetan writing systems. In response to an ever-growing interest in Tibetan Calligraphy, he teaches master classes and lectures worldwide, including at Oxford University and the Rubin Museum of Art in New York City. In recent years, Tashi was invited to help re-establish the (Tibetan) Bhutanese calligraphy tradition to Bhutan’s educational and monastic institutions. The Khenpo of the central monastic body of Bhutan gave Tashi the honored title of Ambassador of Bhutanese Calligraphy.

Tashi is now recognized as one of the world’s foremost contemporary Tibetan calligraphers and dharma artists, exhibiting his masterpieces internationally, including at the Moscow Calligraphy Museum, the Sharjah Calligraphy Museum in the United Arab Emirates, and the World Calligraphy Biennale of Jeollabuk-do in South Korea. Tashi is also the author of Sacred Scripts, which was endorsed by His Holiness the Dalai Lama.