AN EXCERPT FROM REBIRTH IN EARLY BUDDHISM

As already mentioned briefly in the introduction to this book, I personally know Dhammaruwan from the time I lived in Sri Lanka in the 1990s. At that time I was in charge of a meditation center on the outskirts of Kandy, and Dhammaruwan’s house was in the vicinity of the meditation center. He mainly stayed in Colombo but regularly came to the house in Kandy. Due to his interest in meditation, we naturally came to know each other.

Although I knew of his past-life memories, we rarely spoke about this since it was a matter of limited interest to me. What was of considerable interest to me was his rather unusual way of chanting Pāli texts. Traditional Sri Lankan Pāli chanting tends to be quite swift; in fact often several monks chant together so that, when one of them has to take a breath, the others can continue. Dhammaruwan’s chanting is in contrast very measured and slow. It is also much more melodious than standard Sri Lankan recitations.

At that time I was doing PhD research on the Satipaṭṭhāna-sutta. To complement what I could gather from an academic perspective by approaching this discourse also from a traditional viewpoint, I had begun to memorize and recite it regularly. For this purpose Dhammaruwan gave me useful practical advice, in the course of which we developed a closer friendship.

"At an age of about two years he would sit in meditation spontaneously and then start chanting."

Dhammaruwan was born on November 18, 1968, in Matale. At an age of about two years he would sit in 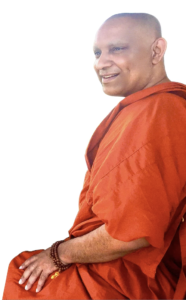 meditation spontaneously and then start chanting, as well as at times saying things in a language not understood by his mother, who tried to hush him up. This feature of the present case is similar to the Burmese children who remember previous lives as Japanese soldiers and who apparently spoke for some time in early childhood in a language not understood in their families. It also bears similarity to the case of the Thai child who at the age of two, presumably as a result of remembering a former life spent for a considerable time living in a monastery, spontaneously sat in meditation. Another parallel obtains with the case of the Indian girl who was able to perform dances and sing in Bengali, a language unknown in her family.

Returning to Dhammaruwan’s story, at a later time he and his mother went from Matale to Kandy to stay with Bertie and Rosa Seneviratne, who became his stepparents. When Dhammaruwan was about three years old, his chanting of a part of the Dhammacakkappavattana-sutta was overheard by someone in the house, at a time when Bertie and Rosa had gone to India, leading to the eventual realization that he was chanting a Pāli text. On their return, Bertie encouraged the boy to continue and regularly made recordings of the chants, copies of which he would give to interested visitors. By the time he had become an adult, Dhammaruwan had lost the ability to perform these chants.

Before that happened, visitors who witnessed the chants included, according to his recollections, several eminent monks, Presidents R. Premadasa (1923–93) and J. R. Jayewardena (1906–96), the Indian meditation teacher Anagārika Munindra (1915–2003), as well as the American professor Ian Stevenson (1918–2007). In an interview conducted by me, Dhammaruwan reports:

As a child I was very, very shy and didn’t want, didn’t like people coming and looking at me chanting and stuff like that. So because of that, they thought, my father thought, that more publicity or more of these people trying to make a fuss out of this, he will lose this ability, so he tried to keep it very, very quiet. And he made people promise first, before listening to the tapes or coming to see me, they first make a promise, even people who want to do research, like Ian Stevenson, made a promise: “You can see him provided you don’t make this public, for your knowledge okay, but not to make it public for others.”

The shyness became worse when on one occasion he was brought to a monastery in a car to meet the head monk. People had come to know of it and a great crowd had assembled. He reports:

People, wearing white, jump into the vehicle, like a mob, to see what this child is. And it’s very scary when that happens. Only if it happens to you, you will know. As a child, people. . .with these eyes which are. . .like wanting to swallow you, like that type of look. . .this was such a shock for me, I started crying very, very hard. . .So I was crying very loudly like that, and from that day onwards I was really, really scared to even do any chanting.

The Past-Life Story and a Verification of the Recordings 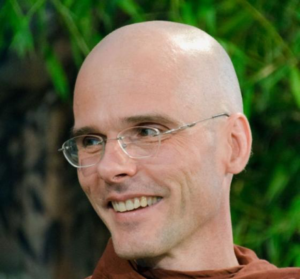 According to Dhammaruwan’s memories, he learned the Pāli chants in a former lifetime in India, where he had been born as the son of a Brahmin and trained in memorization of the Vedas. He had gone forth as a Buddhist monk and become a student of the eminent monk Buddhaghosa at Nālandā. After being trained as a bhāṇaka, a reciter, together with other monks who had similarly been trained, he was chosen to accompany Buddhaghosa from India to Sri Lanka. Having come to Sri Lanka, he stayed with Buddhaghosa at the Mahāvihāra in Anurādhapura, of which he remembers various details.

He reports that in his present life he was taken on a tour of the Mahāvihāra by President J. R. Jayewardena:

I used to exactly say: “This is where I used to live, this is where my senior monk used to live”. . .and then they were excavating in those areas, and I said: “This is the right place and not that place.” And they dug and they said: “The child was right.”

Buddhaghosa lived in the fifth century and traveled from India to Sri Lanka to translate the commentaries kept there from the local Sinhala to Pāli. He is particularly renowned for compiling the Visuddhimagga, a manual of practice and doctrine that has become the chief reference point for Theravāda meditation and exegesis.

What we know about Buddhaghosa would accord with the outlines provided by Dhammaruwan’s memories, in that it seems quite probable that Buddhaghosa would have come to Sri Lanka accompanied by other monks who had trained as bhāṇakas. They would have been a meaningful asset in his work, since it would be much faster to have a bhāṇaka remember and recite a particular passage than to have to go through a whole stack of palm-leaf manuscripts in order to locate the same.

Beyond such probabilities, however, there seems little hope that such a past life as a monk disciple of Buddhaghosa could ever be verified. In fact, due to the father’s insistence that nothing should be published and the time that has passed since then, even apparent recognitions made by Dhammaruwan in his childhood are not easily confirmed. Moreover, even if it should be possible to provide extensive documentation in this respect, this would simply add one more case to the already large number of such children’s memories documented by Ian Stevenson and others.

Instead, what does appear to be a more promising avenue of research is the recordings of his chants, and it is to these that the remainder of this chapter is dedicated. Unfortunately these chants have not been systematically recorded. Thus at present it is no longer possible to arrive at a comprehensive survey of the material; in fact it is at times not even certain whether a particular text is not recited in full due to problems of recording or limitations of memory.

The father made copies of the recordings of the chanting and passed these on to friends and visitors. Not knowing Pāli himself, he would not have been in a position to keep an inventory of the material, and the stricture he had imposed on other researchers must have contributed to a lack of thorough documentation of the chanted material.

What at present can still be done is to verify the recorded material. For this purpose, one tape with chants, presumably a copy of an original recording, has been examined by a professional audio-recording and mastering engineer. The engineer notes that he could not detect any rustling of paper throughout the recording, which suggests that the original performance was made from memory.