In this episode of the Wisdom Podcast, host Daniel Aitken speaks with author, teacher, and researcher Dr. Alejandro Chaoul. Alejandro has been teaching meditation and Tibetan yoga (tsa lung and trul khor) workshops under the Ligmincha Institute since 1995 and recently released Tibetan Yoga, a Wisdom Academy online course. During this episode, which was recorded as part of our live Wisdom Dharma Chats program, Alejandro discusses the history of Tibetan yoga and its relationship to yoga in the Indian traditions; the foundational triad of body, breath, and mind within the practice; and what makes Tibetan yoga unique. He delves into the benefits of practicing Tibetan yoga, including how the postures are meant to support and enhance meditative states and aid with both dullness and excitation in meditation, and how holding one’s breath is a way of holding one’s mind. He shares how he is researching the ongoing effects and benefits of these techniques in cancer patients and how they can help everyone cultivate genuine well-being, as each movement offers you an opportunity to “wake up.” 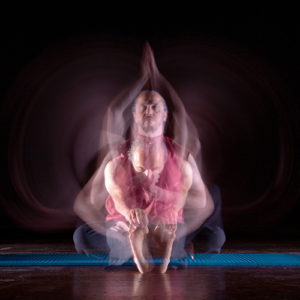 Dr. Alejandro Chaoul has studied in the Tibetan tradition since 1989 and has spent over twenty years studying with Yongdzin Tenzin Namdak and Tenzin Wangyal Rinpoche. He completed the seven-year training at Ligmincha Institute in 2000 and holds a PhD in Tibetan religions from Rice University. Since 1995, he has been teaching meditation classes and Tibetan yoga (tsa lung and trul khor) workshops, and in 1999 he began teaching these techniques at the Integrative Medicine Program of the M.D. Anderson Cancer Center in Houston, Texas, where he conducts research on the effects of these practices in people with cancer. Alejandro is also the author of Chöd Practice in the Bön Tradition (Snow Lion, 2009) and Tibetan Yoga for Health & Well-Being (Hay House, 2018), and is the founding director for the Mind Body Spirit Institute at the Jung Center of Houston.

Share This Episode
Previous Episode
Toni Bernhard: Self-Compassion and the First Noble Truth (#98)
Next Episode
His Holiness the Dalai Lama: Science and Philosophy in the Indian Buddhist Classics (#100)