Evan Thompson: The Conversation Between Buddhism and Science (#97)

For this episode of the Wisdom Podcast, host Daniel Aitken speaks with Evan Thompson, professor of philosophy at the University of British Columbia, and author of several books including Waking, Dreaming, Being: Self and Consciousness in Neuroscience, Meditation, and Philosophy.

Evan is among the most widely respected philosophers and writers on Buddhism today. In this fascinating conversation, you’ll hear Evan discuss his views on what he calls “Buddhist exceptionalism.” As someone who deeply values Buddhism, Evan asks what it means to use science to justify or validate Buddhist teachings. He also asks what it means to use Buddhist ideas toward scientific endeavors or toward ends such as positive psychology. You’ll hear Evan and Daniel unpack and even debate a lot of these deeply relevant questions on the topic of Buddhism as a “science of mind,” and how they relate to questions of enlightenment, faith and belief, rational versus irrational thinking, and ultimately, what is lost or gained when Buddhist teachings are reframed to accommodate the impulses of our modern age. Many of the topics discussed in this conversation can be found in Evan’s latest book, Why I am Not a Buddhist. 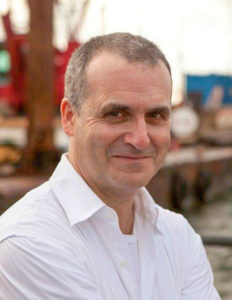 Evan Thompson: The Conversation Between Buddhism and Science (#97)