For this episode of the Wisdom Podcast, host Daniel Aitken speaks with Professor John Dunne, acclaimed scholar and teacher in both Indian and Tibetan Buddhist traditions. John’s research focuses on Buddhist philosophy in relationship to contemplative practice, religious studies, and cognitive science. John is presently Distinguished Professor of Contemplative Humanities at the University of Wisconsin–Madison and author of several publications, including Foundations of Dharmakīrti’s Philosophy, published by Wisdom.

In this rich conversation, you’ll hear John take a deep dive into the world of human conceptuality and, specifically, its relationship to human suffering. For John, as well as for the philosophers he studies, the root of our suffering is not human emotion itself but rather our distorted perceptions. You’ll hear John discuss the structures that underlie perception and how they play a role—for better or for worse—in determining how we conceptualize ourselves and our experiences. John also explains how different types of meditation can serve as antidotes to various categories of distorted thinking. 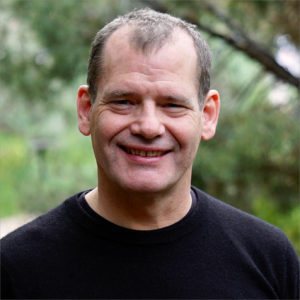 John D. Dunne serves on the faculty of the University of Wisconsin-Madison, where he holds the Distinguished Chair in Contemplative Humanities at the Center for Healthy Minds. He is also chair of the Department of Asian Languages & Cultures. His work focuses on Buddhist philosophy and contemplative practice, especially in dialog with Cognitive Science and Psychology. His more than fifty publications appear in venues ranging across both the Humanities and the Sciences, including Foundations of Dharmakīrti’s Philosophy (2004) and Science and Philosophy in the Indian Buddhist Classics: The Mind (2020). John Dunne speaks in both academic and public contexts, and he occasionally teaches for Buddhist communities. His broader engagements include being a Fellow of the Mind and Life Institute, where he was previously a member of the board of directors, and serving as an academic advisor to the Rangjung Yeshe Institute in Kathmandu, Nepal.

Share This Episode
Previous Episode
Jessica Pimentel: Tibetan Buddhism, Creativity, and the Work of the Imagination (#95)
Next Episode
Evan Thompson: The Conversation Between Buddhism and Science (#97)