This episode of the Wisdom Podcast, recorded live as a Wisdom Dharma Chat, features an interview with Malcolm Smith, renowned Tibetan Buddhist translator. Malcolm is the translator of two box sets from the Seventeen Tantras, published by Wisdom: The Self-Arisen Vidyā Tantra (Vol. 1) and The Self-Liberated Vidyā Tantra (Vol. 2), and The Tantra Without Syllables (Vol. 3) and The Blazing Lamp Tantra (Vol. 4).

Daniel and Malcolm discuss the connection between the channels and various states of consciousness, the Seventeen Dzogchen Tantras, many facets of Dzogchen practice and philosophy, and much more! 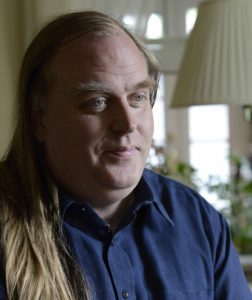 Malcolm Smith has been a student of the Great Perfection teachings since 1992. His main Dzogchen teachers are Chogyal Namkhai Norbu and the late Kunzang Dechen Lingpa. He is a veteran of a traditional three-year solitary Tibetan Buddhist retreat, a published translator of Tibetan Buddhist texts, and was awarded the Acharya degree by the Sakya Institute in 2004. He graduated in 2009 from Shang Shung Institute’s School of Tibetan Medicine. He has worked on translations for renowned lamas since 1992, including His Holiness Sakya Trizin, Kyabgön Phakchok Rinpoche, Kunzang Dechen Lingpa,  Khenpo Migmar Tseten, Tulku Dakpa Rinpoche, Khenchen Konchog Gyaltsen Rinpoche and many others.