For this episode, host Daniel Aitken speaks with Shohaku Okumura Roshi, Japanese Soto Zen priest and revered writer and translator. Shohaku Okumura is also the founder and current abbot of the Sanshin Zen Community in Bloomington, Indiana. In this conversation, you’ll hear Okumura Roshi tell powerful stories, not only from his own life, but from the lives of his teachers: Zen Master Kosho Uchiyama, and the great Kodo Sawaki Roshi, one of the most influential Soto Zen teachers of the twentieth century. Okumura Roshi explains the emphasis on zazen over monastic rituals within his lineage, drawing parallels to both Dogen’s teachings as well his teachers’ own personal encounters with zazen. You’ll also hear how this emphasis on zazen has played out in Okumura Roshi’s own development as a practitioner as well as his development as a translator later in life. 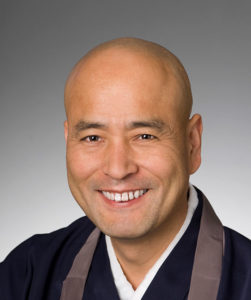 Shohaku Okumura Roshi is a Soto Zen priest and Dharma successor of Kosho Uchiyama Roshi. He is a graduate of Komazawa University and has practiced in Japan at Antai-ji, Zuio-ji, and the Kyoto Soto Zen Center, and in Massachusetts at the Pioneer Valley Zendo. He is the former director of the Soto Zen Buddhism International Center in San Francisco. His previously published books of translation include Shobogenzo Zuimonki, Dogen Zen, Zen Teachings of Homeless Kodo, and Opening the Hand of Thought. Okumura is also editor of Dogen Zen and Its Relevance for Our Time; and SotoZen. He is the founding teacher of the Sanshin Zen Community, based in Bloomington, Indiana, where he lives with his family.

Share This Episode
Previous Episode
Norman Fischer: A Poet’s Path to Awakening
Next Episode
Venerable Robina Courtin: Understanding the Buddha’s Teachings for Ourselves